A Regulated Broker that Was Not Licensed to Operate Locally

Case Study: A Regulated Broker that Was Not Licensed to Operate Locally

This case involved the following MyChargeBack services: preparation of a police complaint, a regulatory complaint and legal letters.

This is the story of how a simple decision to trade on the stock market ended up embroiling several companies.

K.K. in Malaysia wasn’t planning on investing a lot of money. She started with a $250 trade on the site of a brokerage that claimed to be regulated by the International Financial Services Commission (IFSC) of Belize. Initially, she was delighted to see what appeared to be a modest profit from the trades and was pleased thinking that she had picked a reputable site.

However, after a few good trades, she began to see losses. When she asked why this was the case, K.K. was told that she would need to back up the trade with more money, so she quickly transferred additional funds into the account. One morning she checked her account and noticed that she incurred a large loss overnight, so she contacted the broker to ask what had happened. He told her that losses were a possibility in the stock market and that both gains and losses were to be expected.

K.K. became suspicious about the site and the repeated phone calls she was getting from the broker insisting that she continue to put additional funds into her trading account. She stopped answering his calls and started to investigate the company. Soon, another man called her, introduced himself as a ‘risk specialist’ and informed her that he would help her recover the funds that were lost. He used many technical terms that she didn’t understand but led her to believe he was well versed in this area and persuasive, so she agreed to transfer more money to the account. Again, she started to see some small wins, but was then hit by a big loss.

Over the course of two months, K.K lost the equivalent of nearly $12,000 in sixteen payments. What had started as a little ‘dip’ in the market was getting out of control. She worried that perhaps the company wasn’t legitimate, and that she was the victim of an elaborate fraud. She believed that she was investing with a legitimate company because its website clearly stated that it was fully licensed and registered. She looked around for someone to help her, and found MyChargeBack.

Once K.K. had signed up with MyChargeBack, our recovery agent investigated the company. What he found was that the brokerage was not licensed to operate locally, so he prepared a complaint for her to file with the Malaysian police. He informed K.K. that all the money she had sent to the presumed brokerage had, in fact, been stolen from her and that she was the victim of a crime. This came as a shock to her. At first, she blamed herself for being naive, but our recovery agent explained to her that the people she had spoken to on the telephone from the supposed brokerage knew how to cajole her into doing what they wanted. K.K. was determined not just to receive her money back, but also to stop the pretend brokerage from deceiving anyone else.

MyChargeBack determined that the best strategy for recovering funds for K.K. would require a multi-pronged effort.

First, our recovery agent instructed K.K. to write to the brokerage to demand a full refund for the services that it claimed to provide, which was a necessary first step before additional actions could be undertaken.

While the company was registered in Belize, the next step was to determine whether it had the necessary cross border ‘passport’ agreements to provide brokerage and investment services to residents of Malaysia as well. It did not. This discovery was critical to K.K.’s case.

The recovery agent filed a complaint about the brokerage with the IFSC, the Belize regulator. He also walked K.K. through the process so she could raise a complaint with the IFSC on her own as well.

At the same time, K.K. was advised to contact her bank to determine the financial institution that received her payments. If necessary, we were prepared to draft a legal letter on her behalf to obtain this information from the bank, but that proved unnecessary. Her bank soon revealed that the money was transferred by a third party, a payment service, that was acting on behalf of the merchant. That payment service is based in Cyprus, adding another layer of legal complications.

The MyChargeBack team investigated the ownership and countries of origin of all the companies involved. With our extensive experience and knowledge, we prepared letters to all parties involved that addressed all the international legal aspects of the case.

Following several phone inquiries and email exchanges with the bank that our recovery agent initiated, K.K. was informed that she had received a full refund of all the payments. The total amount recovered was the equivalent of just under $12,000.

K.K wrote to us: ‘I’m so delighted to tell you that I have received all the money refunded to my bank account . . . I am so grateful for you and your team’s help in getting my money back.’

At a Glance: MyChargeBack in Malaysia 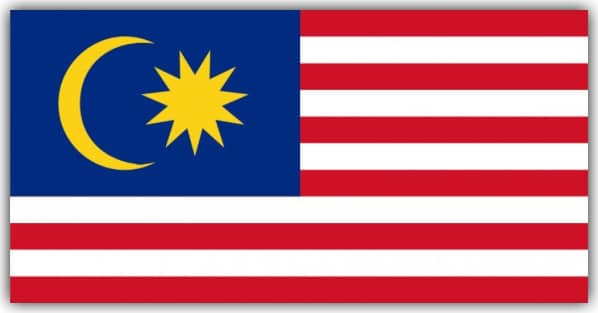 Payments made by bank

This website uses cookies to improve your experience while you navigate through the website. Out of these, the cookies that are categorized as necessary are stored on your browser as they are essential for the working of basic functionalities of the website. We also use third-party cookies that help us analyze and understand how you use this website. These cookies will be stored in your browser only with your consent. You also have the option to opt-out of these cookies. But opting out of some of these cookies may affect your browsing experience.
Necessary Always Enabled
Necessary cookies are absolutely essential for the website to function properly. This category only includes cookies that ensures basic functionalities and security features of the website. These cookies do not store any personal information.
Non-necessary
Any cookies that may not be particularly necessary for the website to function and is used specifically to collect user personal data via analytics, ads, other embedded contents are termed as non-necessary cookies. It is mandatory to procure user consent prior to running these cookies on your website.
SAVE & ACCEPT